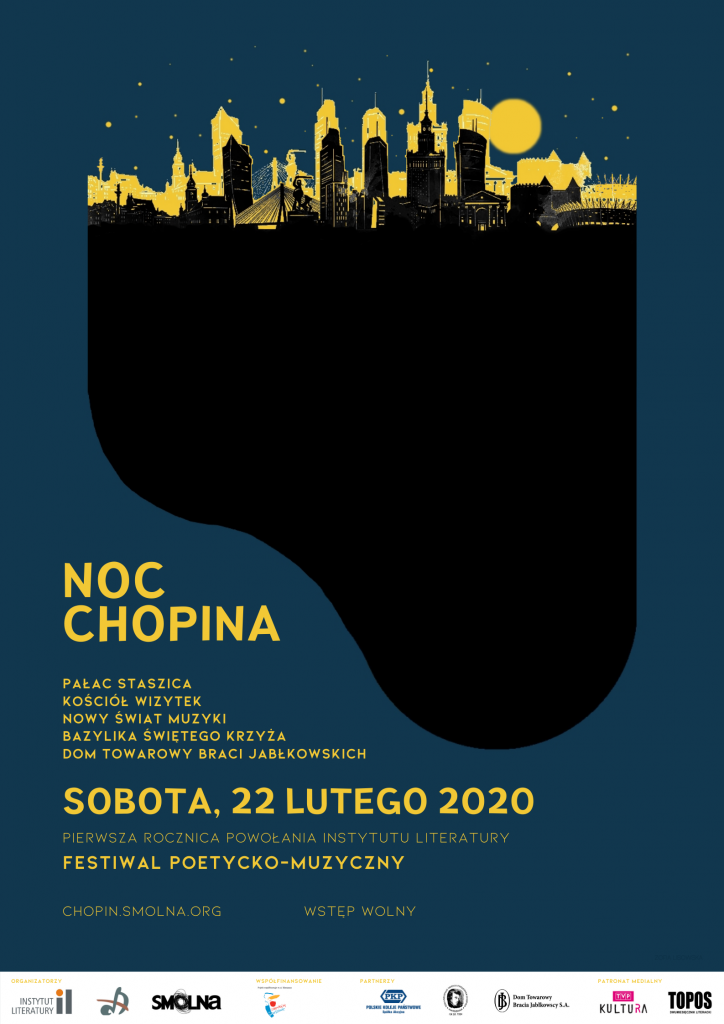 On Saturday night, February 22, for a few hours Warsaw became a city of music and poetry. The Smolna Association, together with the Institute of Literature and the “Antonin” Chopin Center organized the poetry and music festival Chopin Night on the occasion of the 210th anniversary of the composer’s birth and the 1st anniversary of the Institute of Literature creation.

Twenty-five Chopin recitals and chamber concerts were be performed on five stages at the same time. Musical performances will be accompanied by poems by authors honored in all previous National Chopin Poetry Competitions. During the event we will also know the results of the fifth edition of the competition. All these songs will be enriched by the recitation of Norwid’s poem Fortepian Szopena, which appeared on each stage in the interpretation of Olgierd Łukaszewicz.

Free admission to all events. 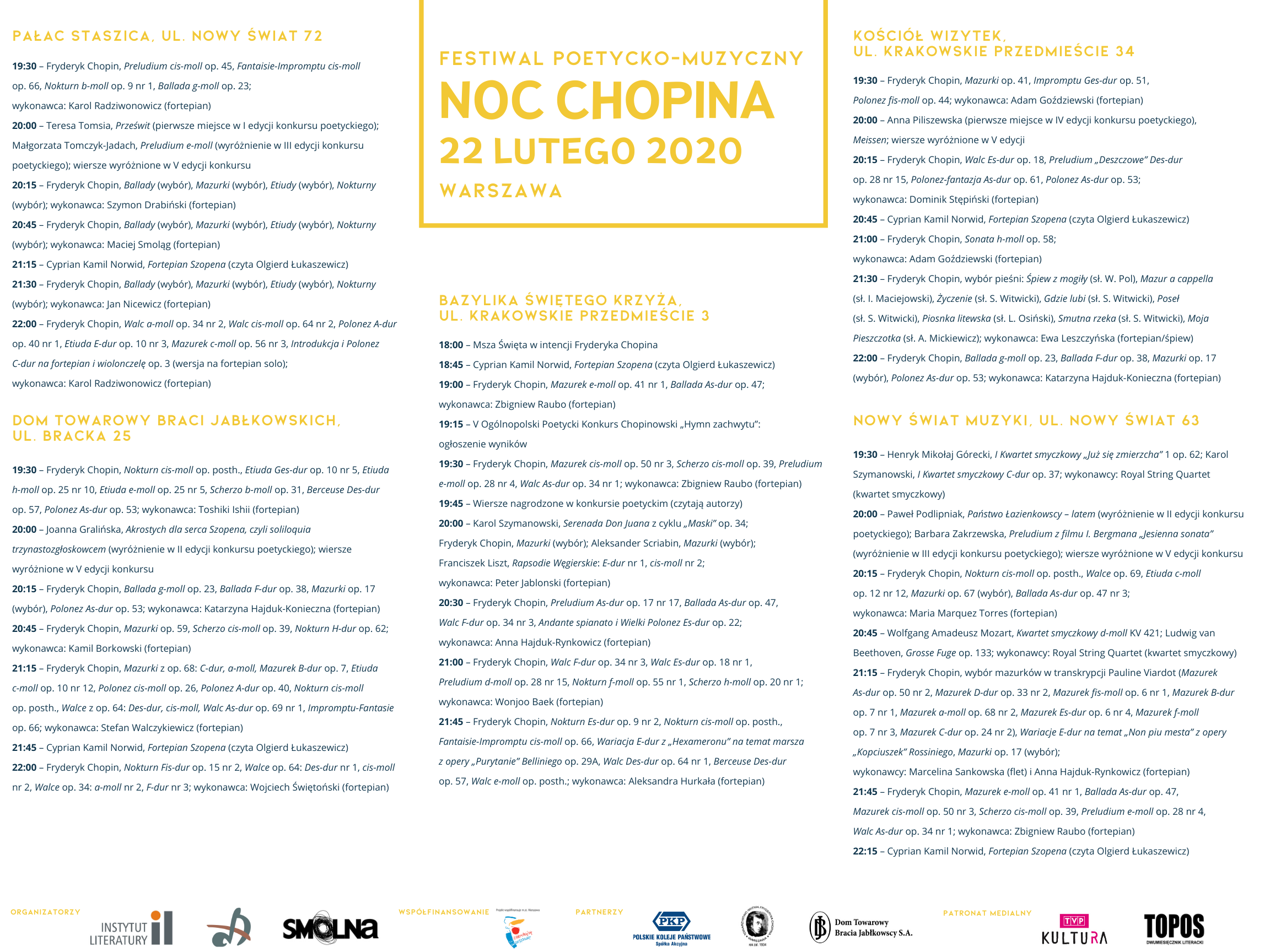 The poetry and music festival Chopin Night will be held simultaneously on five stages. They are all located a short distance from each other. The most distant is a 10-minute walk.

We invite you to check the festival scenes, we list them in order from north to south:

Chopin’s Night is not only a poetry-music festival. More and more scenes began to join the initiative… what’s the result? Performance on ski and Chopin concert at the Central Station at 15:00. The Holy Cross Church at 18:00. And from 19:30 concerts in another 9 points of Warsaw !!!

For the first time in Warsaw’s history such a night will happen. “Chopin’s night has the potential to become a great and maybe the biggest annual music event in Warsaw” – one of the enthusiasts of the idea said.

On February 22, Chopin’s tons will be endless. Let’s go out into the streets without giving in to winter and celebrate Frederic’s birthday! Let’s look in the nooks of the Visitation Church, the Kurylewicz Artistic Cellar, the House of Music and other Chopin spaces! Let’s hear Olgierd Łukaszewicz reading the famous poem of Norwid. Let’s see how important Frederic’s heritage is for Warsaw. 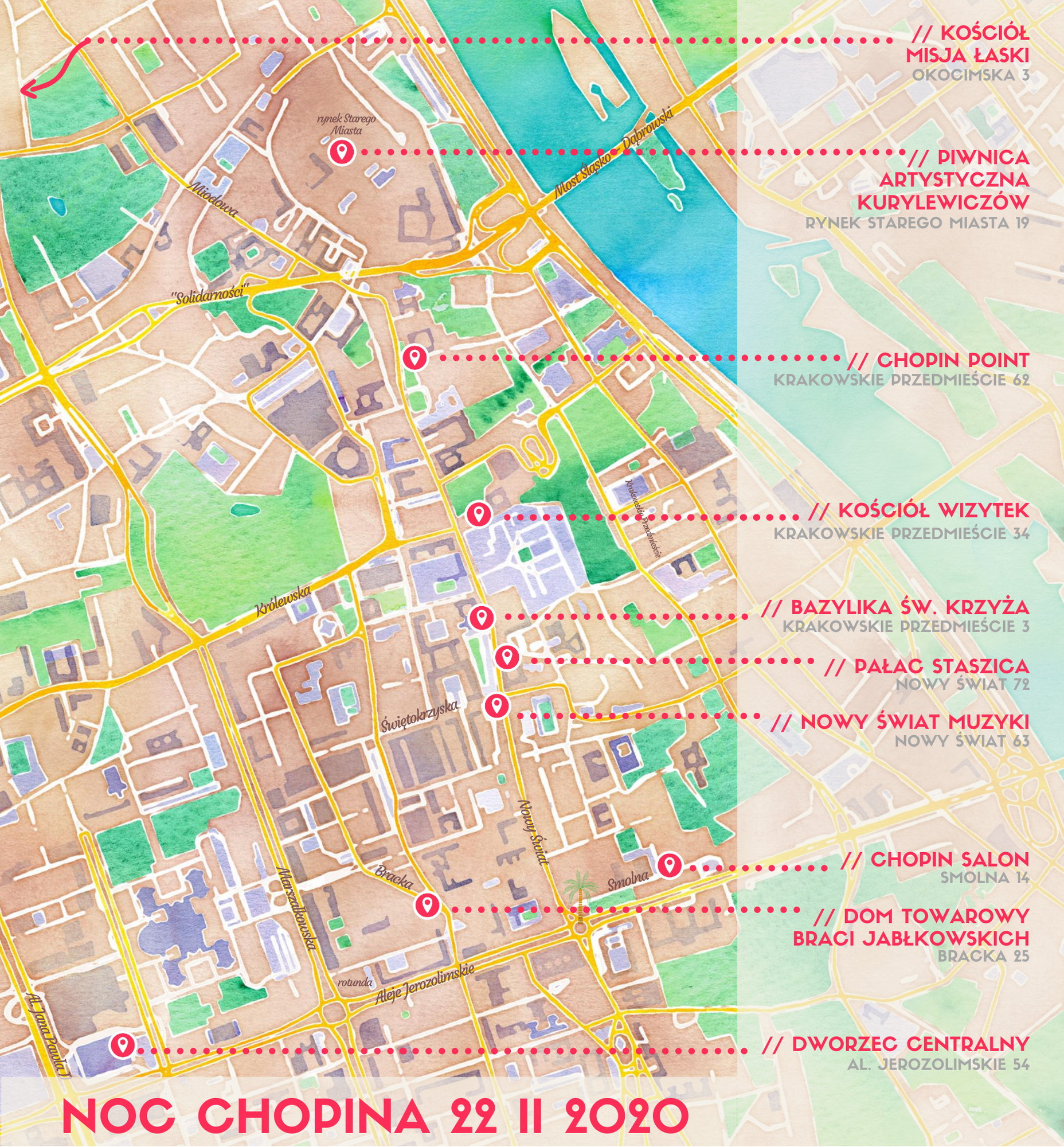 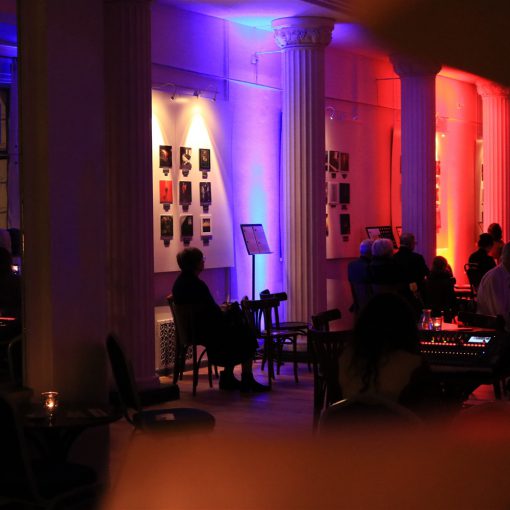